With the completion in 1927 of the Gallery near the Ninth Cloister – designed by Enrico Casati and Roberto Cacciari – the eastward extensions of the cemetery towards the city were completed. At later dates the new areas and cloisters were built to the west, where there were no civil and industrial urbanisation problems yet. On completion of the building to the east, the New Entrance – also known as the Monumental Entrance – was built to Arturo Carpi’s design in 1924. Thus the southern access to the cemetery became definitively located at the end of the portico that connects Certosa with the Meloncello Arch and from there with the St. Luke Basilica and the old city centre.

The refined Ninth Cloister, the Gallery and the Entrance hold a large repertory of historical and artistic memorials spanning from the 1930s to the 1950s. The New Entrance is dominated by the Monument dedicated in 1928 to motorcyclists Olindo Raggi (1806-1926), a brown centaur with a lion’s heart and nerves of steel, and Amedeo Ruggeri (1889-1932), in bronze and by the sculptor Armando Minguzzi (1884-1940) who created his masterpiece for Certosa here. The Ninth Cloister offers a wealth of sculptures by Pasquale Rizzoli (Barbieri - 1925, Bartolini – 1925, Barilli - 1931, Generali - 1940), Alfonso Borghesani (Torchi - 1923, Ruggi - 1925), Silverio Montaguti (Boari - 1924, Smeraldi - 1926) and Pietro Veronesi (Trigari – 1924, Pizzirani). From a later period come the two fine bronzes in the courtyard, the works of Renaud Martelli (Magli, 1951) and Luciano Minguzzi (Scagliarini, 1951). Burials of historical interest include the crypt of architect Melchiorre Bega (1898-1978) which he himself designed; the Torchi stele by Borghesani dedicated to Steno (1909-1923) who “in your outstretched hand playfully places the deadly trap device already launched in vain;” Lucifero Carlo Antonelli (1893-1917), who “as an observer from an aircraft with great ardour achieved many useful and important reconnaissances in enemy territory;” Alfieri Maserati (1887-1932), “the motor and speed pioneer” who founded the Maserati automobile company. The Ruggi cell, a masterpiece by Alfonso Borghesani, also contains portraits of Marianna Lodi (1850-1923) who was married to Giuseppe Ruggi (1844-1925), “clinical surgeon and innovator in Bolognese surgery from the late 19th to the early 20th century.” In the north corridor is the elegant plaque to Ivo Lollini (1897-1918), gold medal for bravery, “war volunteer, escaped prisoner and victim at Montello for the redemption of Italy,” as well as the simple but refined cell of the Brugnoli family who “wanted the art they loved to be reflected in this marble and to console them even in the tomb”, completed to Edoardo Collamarini’s design in 1926 by sculptor Enrico Barberi and stonemason Raimondi. The great Gallery is one of the most evocative places in Certosa. In it predominates Mario Sarto (1885-1955), who with his two Comi and Marangoni Monuments, both from 1924, gives us a fine example of late Liberty in the former and a full understanding of the contemporary classicism style in the latter. Other works by Arturo Orsoni (1867-1928), Pietro Veronesi and Armando Minguzzi further enrich the areas with bronze, marble and mosaics. Historical memorials include that dedicated to Giulia Cavallari Cantalamessa (1856-1935), “who loved God, her country and family with all her soul” and “died blessing life, those dear to her and the young people of Italy.” At the centre of the north hall are two fine sarcophaguses by Mario Sarto dedicated to the Parente and Minarelli families. In the latter are engraved two pieces of musical scores from Verdi and Mascagni. In the narrow west corridor are hundreds of burial recesses making up a faithful reflection of Bolognese society with their epigraphs, decorations and photographs. There lies Teobaldo Buggini (1846-1921), “soldier of Garibaldi, apostle of liberty, tireless worker and citizen of integrity.” Some of the many young men who lost their lives in the Great War are remembered: “Giambattista Mingozzi, gunner of the 83rd division mortally wounded at Oppachiesella; Severino Tabarroni who died on the Karst Plateau while inciting his men to attack. Giuseppe Ceri the engineer, architect, journalist, satirical poet and art critic is also buried here. Born in Florence on 28 January 1839, died in honourable poverty in Bologna on 19 October 1925 after 60 years of valued professional practice, he rests in this burial recess donated by the municipal administration as a testimony of gratitude for the constant, selfless work he carried out for his adopted city.” 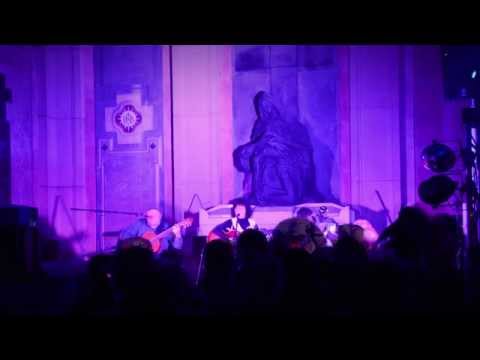