Giuseppe Minganti (1889 - 1947), one of the pioneers of the Italian machine tool industry, had trained in his father's workshop, also working abroad. In 1919 he had started producing his own printing-presses, cachet moulds and a small vertical drill. Within a few years the business had grown, moving from the initial workshop in Via Fontanina to a new establishment in Via Ferrarese.

His wife Gilberta Gabrielli (1897 - 1970), who took care of the organisational and accounting part of the business, had been at his side. At the Paris Exposition of 1928, Minganti had presented the first hydraulically operated lathe at continuously varying speed, the patent for which had brought it international fame. Then came other machine tools, drills, milling machines and revolver lathes, as well as a series of special machines for packing cigarettes and producing bearings, wire mesh and plungers. The 1943 bombing hit the factory hard. After her husband's death, during the difficult reconstruction works and in the following decades, his wife Gilberta led the company with intelligence and firmness, qualities that were recognised by her appointment in 1964 as Cavaliere al Merito del Lavoro, the first woman in Italy. In 1957, architect Santini designed a large factory, in Via Ferrarese like the previous one, which was inaugurated in the early 1960s, the decade of the company's greatest expansion. When Gilberta Gabrielli died, her grandchildren took over management, amidst increasing difficulties, until the company went bankrupt in 1983. 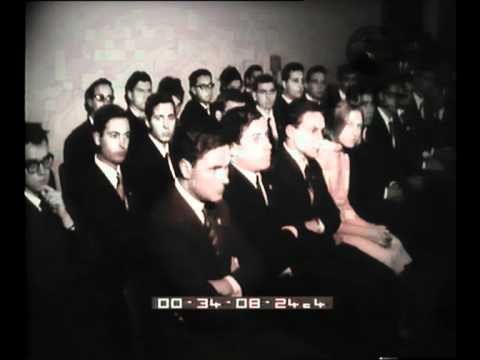