Alfieri Maserati (23 September 1887- 3 March 1932), legendary founder of one of the most known Italian automobile brands in the world, was born in Voghera on 23 September 1887. He had a large family of exclusively men: there were, in fact, seven brothers. The oldest was Carlo and he would be the first to work in the automobile industry as a mechanic and a driver. In 1903, after various experiences, Carlo was hired by Isotta Fraschini of Milan as a test and pilot technician. Alfieri, followed suit, and after only five years he would become the official driver from Casa Milanese. In the meanwhile, the rest of his brothers, except Mario, also found employment in the automobile industry. In 1911, Alfieri moved to Argentina and then to England for Isotta Fraschini with his brother Ettore: where they demonstrated the cars for the Casa. When they returned in Italy in 1912, they were sent to Bologna to organise the new local office. Two years later they were ready to start their own business and they Bologna to do so: they would do work for Isotta Fraschini and other automobile houses. In December 1914 the Office of Alfieri Maserati opened its headquarters, with five operators, on Vicolo Pepoli

With the outbreak of the First World War, Alfieri and Ettore were drafted and their youngest brother Ernesto stayed at the workshop. During the war, the two Maserati brothers were discharged from active service to work in two Milan offices on the assembly line for aircraft engines. It was during this experience that Alfieri had the idea and patented a spark plug ignition, that resulted in being the strongest of its type used at the moment. Given its success they started to manufacture it. After the war, the brothers returned to Bologna. The prospective automobile market seemed rich and in great expansion, therefore, their office also needed to be expanded out of the city centre and built at Alemanni/Pontevecchio from a former fabric factory. In this new location, Alfieri transformed cars into competition vehicles and he began racing himself. In 1920 he participated in Mugello’s speed circuit. In 1921, besides a frame from Diatto and an aeronautical engine from Isotta Fraschini Alfieri’s first car was completed. In the following years, he had a turn of fortune and a series of negative events. Nevertheless, in 1926 Alfieri decided to manufacture a racing car on his own. In 1927 during the Targa Florio Alfieri was the victim of a terrifying accident, where various fractures, internal lesions and kidney failure were reported. His office, however, continued to work to produce quality cars which needed highly qualified labor/manpower. His technicians almost all came from the highly regarded technical institute of Bologna, “Aldini-Valeriani”. In 1929, he started a collaboration with Edoardo Weber, who’s carburetor company was gaining success in Bologna. In 1930, after having won an amazing number of races, including the grand prizes of Rome and of Monza, Maserati was named Cavaliere. His rivalries with Bugatti and Alfa Romeo only resulted in the production of more and more innovative models. His brother Mario, the only one not working with automobiles, had created the unmistakeable trademark: the Trident. As a curious fact, it is said that the brand was inspired by the trident of Neptune, the main statue in the fountain located in the centre of Bologna.

Problems arose from never fully recovering from his accident in 1927 when suddenly on 3 March 1932, and only at the age of forty-five, Alfieri Maserati died in Bologna. A brilliant man died at the height of his career. The memory of thousands attending his funeral is memorable. In the cemetery of the Certosa you can find an elegant memorial stone dedicated to him, located in Cloister IX, built by the sculptor Mario Sarto. The epigraph reads TO / ALFIERI MASERATI/ PIONEER OF MOTOR/ AND SPEEDS/ SPORT FANS/ FRIENDS/ 1887-1932/ A. XI

The Bolognese industrial model: from agricultural tradition to mechanical industry 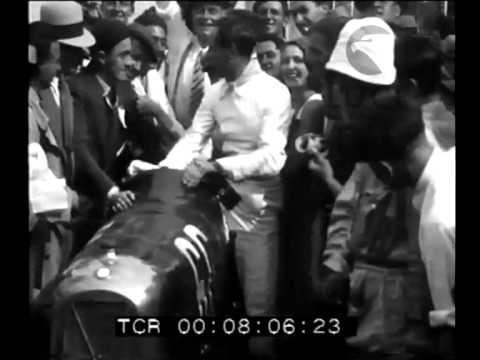