The famous singer Carlo Broschi, better known as Farinelli, was born in Andria on 24 January 1705 and died in Bologna on 16 September 1782. He was certainly the most important castrated opera singer in history. Noble born, he was instructed in music since he was a child. His father died in 1717, his elder brother, Riccardo, a composer, chose to have him castrated, as it allowed him to reach a very wide vocal range. His debut was in Napoli in 1720. In brief, the quality of his voice in virtuoso opened to him all of the doors of the major Italian and European theatres. After receiving great success all over the world, he chose Bologna (where he performed several times during the course of his brillant career) as the place where he would spend his old age once he retired from the scene. In November 1732, one month after he was honored with Bolognese citizenship, he bought a farm outside Porta Lame and had a villa built there.

In 1761, after living in Spain, he decided it was time to retire from the scene and therefore- in August of the same year- he settled permanently in our city. His magnificent villa on Via Lame n. 228 (that today is the same as buliding 30 on via Zanardi) as well as his city house, on via Santa Margherita, became the center of a small court of artists, in this space he continued to grow a rapport with the most influential courts of Europe. In via Zanardi he hosted, among others, Wolfgang Amadeus Mozart, who passed through Bologna in 1770, when he graduated from the Accademia Filamonica. At the beginning of the 20th century, the villa was incorporated into the area of the sugar industry and became the headquarters of the executive offices. The industrial complex was severely bombed during the Second World War, but the villa fortunately remained standing upright, but still heavily damaged. Unfortuantely, while it was being reconstructed, it was decided to demolish the prestigious building, despite of the authority’s opposition. The precious testimony of the artist’s life in Bologna were lost in 1949, when it was-indeed-destroyed. Now, only a few images remain to give proof of such a life. In its place is the Postal Services headquarters.

Originally, Farinelli was buried in the Church of Santa Croce (currently Villa Revedin); in 1810 his remains were moved to the Certosa in Bologna. The immense correspondences of the singer are housed at the State Archives of Bologna and at the University of Bologna’s library; but his precious collection of instruments, unfortunately, were dispersed. But Farinelli was also an influential court adviser and orchestrated many intrigues. Not many know that while he was seen at the Spanish court for many years- he was also the mastermind of remarkable international schemes. In 1737 he was called to Madrid to become the chamber singer for Filippo V and Elisabetta Farnese: he was offered a high wage and an amount of privilege that at the time was truly enormous. The favor he enjoyed with the sovereigns increased even more with their successors Ferinando VI and Barbara of Braganza. It is widely believed that Farinelli did not abuse his influence in political affairs, but the opposite seems to be true. Farinelli incessantly solicited Filippo V, Ferdinando VI and his respective spouses at Napoleon’s court to grant titles and offices to his relatives and took an active part in various suggestions and initiatives for the reform policy of the Zenon de Somodevilla minister, Marquis de la Ensenada. In 1752 he fruitlessly tempted- through Elisabetta Farnese- to convince Carlo di Borbone to accept the Treaty of Aranijuez between Spain, the Empire, and the King of Sardinia. Two years later, he tried to influence Ferdinando VI to endorse the political agreement with France proposed by the aforementioned minister, against favoring the English by the other Spanish nobles. During Ferdinando VI’s long illness he gave rise to the suspicion of plotting against the rights of succession of the Spanish throne of Charles of Bourbon. This person, who finally became king in 1759, allowed Farinelli freedom to go where he like with his same wage, privileges and gifts when he left.

Farinelli returned to Italy, initially to Parma and then to Napoli, where he was met with great enthusiam from the public but a cold welcome from the courts and so, at fifty-six he decided to leave his career and move permanently to his villa in Bologna. 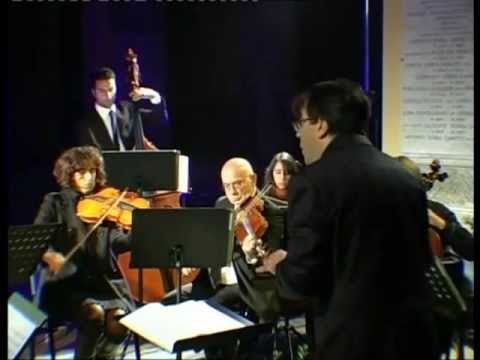